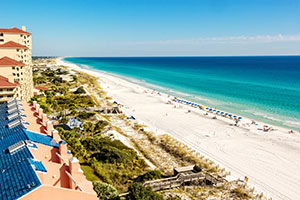 If you are a resident of Miramar and you are involved in an accident, then you may be dismayed that you can not readily enjoy all that your city has to offer. People often get injured due to someone else’s negligence. For instance, a person jogging on the sidewalk may get struck by a car. A driver who is texting may slam his car into another car. A person may get bitten by a dog that was let off of his leash. An admiring fan may get hurt from something falling off of scenery used to record a television show. No matter what the case may be, personal injuries that are caused by someone else’s negligence can be compensated for through legal action.

Injuries caused by an accident lead to unforeseen financial pressure due to numerous medical bills, lost wages, car repair bills and other increased personal expenses. As a victim, a person is already distressed by their injury and needs time to recover instead of worrying about these burdensome costs. Many people believe that insurance will cover all expenses and are later surprised to find out that they are left with most of the financial responsibility. To avoid this outcome, victims should seek legal counsel shortly after an accident and find out if they can be compensated for their injuries.

A personal injury law firm, such as Gerson & Schwartz, P.A., helps victims recover many expenses associated with accidents such as lost wages, medical bills and pain and suffering. Our dedicated attorneys will offer you a free consultation to discuss your individual case and if someone is responsible for your injury, we will diligently prepare legal documentation for a negotiation or trial. We want to assist you in your recovery the best way we can by providing continuous support throughout this ordeal as well as relieving some of the financial burden you are experiencing. Contact Gerson & Schwartz, P.A. today so that we can provide a better tomorrow.

Miramar, a city located in Broward County, Florida, translates from Spanish to mean “sea view” and was named after a district in Havana, Cuba. Despite its name, the city is not located directly near the Atlantic Ocean and it currently only has 1.5 square miles of water. Incorporated on May 26, 1955, the city originally spanned 2.9 square miles and had less than two hundred residents. Now, according to the 2010 United States Census Bureau report, Miramar is 31 square miles and contains a population of 122,041. The city is governed by an appointed City Manager, who carries out the daily activities of the municipal government as well as policies established by the City Commission.

The official motto of the city is “Beauty and Progress.” The 12th largest radio market and 17th largest television market is known as the Miami-Fort Lauderdale-Hollywood media market and Miramar boasts its contribution to this business. The city is home to newspapers such as the South Florida-Sun Sentinel and the Miami Herald as well as the administrative offices of a NBC station and Telemundo. With all of the culture and business that Miramar has to offer, residents are proud to be a part of this continuously evolving city.