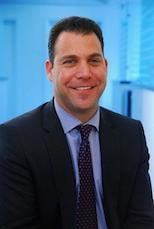 Mr. Gerson is licensed to practice law in all Florida state courts, United States District Courts for the Southern and Middle Districts of Florida.

Read About Nicholas Gerson in the News

Contact Us
Personal Injury Practice
Client Reviews
★★★★★
I am a lawyer in Massachusetts. I had a case to refer against a cruise line in Florida and did my homework on which firm to represent the client. Let me take the guessing out of it for you. Call this law firm and sign up. Brandon Parrelli, Google User
★★★★★
A big shout out to Nick Gerson & Schwartz for helping me navigate my care after a fall against a major cruise ship. They took care of me all along the way and saw me through such a very hard time. I highly recommend their firm if you are looking for a firm that truly cares about you. 5 Stars all the way! Janna Wright, Google User
★★★★★
Mr Nick Gerson has been extremely attentive (even on weekends!) and has been more than willing to take time to answer all my questions. His receptionist (Suzanne) and paralegal (Carla) are courteous, friendly and highly efficient in all matters. Mr Gerson's diligence lead to a very quick resolution of my case. I am more than pleased to recommend you seek him as your attorney. You will not regret you did!! G.I.B.
★★★★★
Mr. Gerson and all his team gave to my case the careful and professional attention it needed from the beginning to end. Unfortunately, a year ago I was involved in a car accident on the victim side. I have appreciation for the good service that was given to me and my situation. Thanks. Cales & Mr. Hyde (Carlos Andrés García Jiménez), Google User
★★★★★
Gerson & Schwartz did an excellent job with my case! Nick Gerson was my primary contact throughout the process and I was overly pleased with his level of professionalism and commitment. Thanks again to the firm for both winning my case and handling it with the upmost respect. Read the full review » Jhlechia Ervin
★★★★★
Phil is the best attorney! The staff is very helpful and were always kind and understanding. Especially during a PIP claim which can be very frustrating. I am so lucky that I found Gerson & Schwartz to resolve my case, I truly believe there could have been no better outcome. Romina Frascarelli, Google User
★★★★★
Excellent attorneys, they leave no stone unturned in any case and get max value. Jon Zepnick, Google User
★★★★★
I hired Gerson & Schwartz, PA for a personal injury/slip and fall case. Phil Gerson, Nick Gerson, and Ed Schwartz were awesome! They were very professional, supportive, and informative through the whole process. I was amazed at how much time and effort they put into presenting my case. They fought hard for me and I am very happy with the outcome. I love these guys and would highly recommend them to anyone looking for an attorney who will look out for your best interest and fight hard for what you deserve. Deb Betts, Google User
View More
Submit a Law Firm Client Review