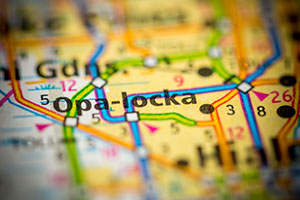 Opa Locka, Florida is a unique place within Miami-Dade County. It was developed by Glenn Curtiss based on One Thousand and One Nights, a collection of Middle Eastern folk tales. The small city has the largest collection of Moorish Revival architecture in the Western hemisphere and has twenty buildings on the National Register of Historic Places. Unfortunately, Opa Locka has been mired in scandal in recent years. Rampant corruption within the local government led to a federal investigation and criminal charges. It has also led a group within the city to call for it to be legally dissolved.

In addition to political corruption, Opa Locka is known for a high level of crime. The National Council for Home Safety and Security ranked the U.S. top 100 most dangerous cities. Opa Lock was the third most dangerous city.

If you were the victim of a crime in Opa Locka and injured by the perpetrator, you should speak with an Opa Locka crime victim lawyer. You may think that your only recourse is through the criminal courts. You may hope for the police to find the offender, and for the prosecutors to press charges. However, if you know who injured you, then you may also be able to utilize Florida’s civil courts to obtain justice. When another person causes you harm due to their carelessness, recklessness, or intentional misconduct, then you may pursue compensation through a personal injury claim. To learn more about this option, contact Gerson & Schwartz P.A.’s Miami-Dade County office at (305) 371-6000.

These figures were similar to those gathered by the FBI. The FBI’s crime statistics for Opa Locka reported 374 violent crimes and 1,082 property crimes in 2016.

At Gerson & Schwartz P.A., our crime victim lawyers for Opa Locka represent crime victims who were injured after violent, sexual, or property crimes. If you were injured in an assault, sexual assault, robbery or burglary, carjacking, arson, DUI, or any other crime, you should give us a call right away.

During a criminal case against the person who harmed you, prosecutors must prove the defendant committed the crime beyond a reasonable doubt. This is a high burden of proof. The jurors or judge cannot have any doubt that the defendant is guilty. You and your attorney do not need to meet such a high standard in civil court. When you file a personal injury claim and allege that the persons negligent, gross negligence, or willful conduct caused you harm, we must only prove your claims by a preponderance of the evidence. Under this burden, we must prove that more than half of the evidence supports your claims. Another way to put it is that we must show the judge or jury that it is more likely true than not true that the defendant harmed you.

Our crime victim attorneys in Opa Locka may use numerous types of evidence to prove the defendant’s liability for your injuries, including:

Damages in a Personal Injury Case

If you were injured during a crime, you may have the right to sue the offender and pursue compensation for:

These are all known as compensatory damages. They are intended to cover your physical, emotional, and financial damages and “make you whole” after someone harms you. However, if the defendant’s actions were egregious or malicious, then you may have the right to pursue punitive damages as well. These are intended to punish the defendant and deter them from behaving in such a way again.

For help in finding community resources after you or a loved one have been a victim of a crime, contact:

Also, do not hesitate to obtain legal advice. Our legal team at Gerson & Schwartz P.A. are here to help you seek justice and compensation after being victimized in Miami-Dade County. You can call us at (877) 475-2905 to schedule a free consultation.

Contact Us
Personal Injury Practice
Client Reviews
★★★★★
I am a lawyer in Massachusetts. I had a case to refer against a cruise line in Florida and did my homework on which firm to represent the client. Let me take the guessing out of it for you. Call this law firm and sign up. Brandon Parrelli, Google User
★★★★★
A big shout out to Nick Gerson & Schwartz for helping me navigate my care after a fall against a major cruise ship. They took care of me all along the way and saw me through such a very hard time. I highly recommend their firm if you are looking for a firm that truly cares about you. 5 Stars all the way! Janna Wright, Google User
★★★★★
Mr Nick Gerson has been extremely attentive (even on weekends!) and has been more than willing to take time to answer all my questions. His receptionist (Suzanne) and paralegal (Carla) are courteous, friendly and highly efficient in all matters. Mr Gerson's diligence lead to a very quick resolution of my case. I am more than pleased to recommend you seek him as your attorney. You will not regret you did!! G.I.B.
★★★★★
Mr. Gerson and all his team gave to my case the careful and professional attention it needed from the beginning to end. Unfortunately, a year ago I was involved in a car accident on the victim side. I have appreciation for the good service that was given to me and my situation. Thanks. Cales & Mr. Hyde (Carlos Andrés García Jiménez), Google User
★★★★★
Gerson & Schwartz did an excellent job with my case! Nick Gerson was my primary contact throughout the process and I was overly pleased with his level of professionalism and commitment. Thanks again to the firm for both winning my case and handling it with the upmost respect. Read the full review » Jhlechia Ervin
★★★★★
Phil is the best attorney! The staff is very helpful and were always kind and understanding. Especially during a PIP claim which can be very frustrating. I am so lucky that I found Gerson & Schwartz to resolve my case, I truly believe there could have been no better outcome. Romina Frascarelli, Google User
★★★★★
Excellent attorneys, they leave no stone unturned in any case and get max value. Jon Zepnick, Google User
★★★★★
I hired Gerson & Schwartz, PA for a personal injury/slip and fall case. Phil Gerson, Nick Gerson, and Ed Schwartz were awesome! They were very professional, supportive, and informative through the whole process. I was amazed at how much time and effort they put into presenting my case. They fought hard for me and I am very happy with the outcome. I love these guys and would highly recommend them to anyone looking for an attorney who will look out for your best interest and fight hard for what you deserve. Deb Betts, Google User
View More
Submit a Law Firm Client Review